Are you drunk? Wtf? Who cares?

Seems like a smart guy. Not sure what all the hubbub is about.

There is no myth about me stroking my pistol...unless the phone rings.

"You can give it the old spin."

Here is Shay talking about the same thing (if you look for it, it's a long show). He's not drunk [edit: or sleepy, whatever] like in that other Youtube interview he did last year. Between these two, I don't think either is qualified to receive 4K of my money (which accumulates quicker than 4K of most you y'all's money) but forced to choose, I'm more in agreement with Shay. Like 80/20 Shay/Bobby. And he doesn't want to re-enslave the dark-skinned peoples, so he's got that going for him, which is nice.

Scary part is how much Bobby doesn't seem like he's going to beat someone's head in with a ball-peen hammer. You know, his typical resting state of mind. Hides it well.

BTW, all the stuff Shay says about tinkering, making things better, doing what makes him happy in life - I'm cool with all that too. Just not enough (this year) to write him a big fat check.

I got something they can both stroke!

You know I went for the easy one there so sorry about that.

Gimme a hint where in that Shooters Mindset video Shay talks about stroking? No way I'm watching that.  Those guys really need to quit and just become producers of that show and let Taran or Ben and that yoga pants chick host it. Stiffs.

And yeah, you can "aks" homie if he might consider hiring an editor.

Interesting accents from both dudes...but Shay, you gotta wipe your chin after eating a bowl of cereal.

Its my drool catcher. At least I took the dip out of my mouth for 90 minutes.

Its my drool catcher. At least I took the dip out of my mouth for 90 minutes.

Yeah...I think bobbers has a banjo.

Sent from my Z796C using Tapatalk

I think this is one of those threads about those dudes that don't like each other.

If they weren't both bald, I'd say sit back and enjoy the hair pulling, because that's what comes next. Can I get my CZ stroked?

All of these discussions lend credence to staying in production and single stack.

He has hanger bulges on his shirt.  I once launched my reverse plug off the safe table to the top of a berm.  All I saw were hanger bulges and eyebrows.

Until I saw the video, I had no idea Keegans was the doppleganger for billy bob thornton's character from Slingblade.

Until I saw the video, I had no idea Keegans was the doppleganger for billy bob thornton's character from Slingblade. 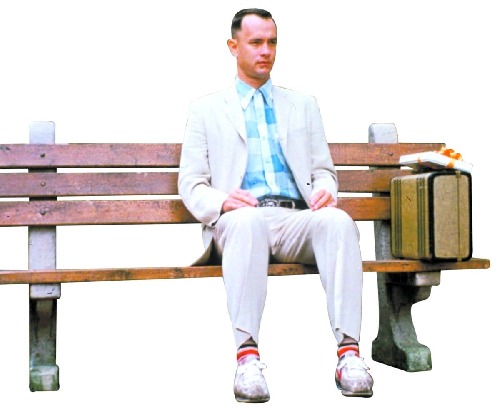 Back to Technical Discussion