We need an audit and the report should be made to the membership.


By laws call for this to occur annually.

The Presidents, EDs and BODs have consistently ignored this requirement.

Maybe we are beginning to see why.

You guys do realize that this is somewhere between 6-9% of the gross revenue of USPSA per year?  If you run your business that way the IRS will live in your ass.

What in the blue fuck is in the water in asshole Washington?

WTF could possibly go wrong with that?

It was probably spent on bottled water and pop up awnings for Nationals. You fuckers just don't know what kind of money it takes to put on a big match. Strader said Kim is the one who keeps the wheels on the ship. Fucking ships need their wheels bro.

Can someone please explain to me exactly why we stopped tar and feathering people?

One word: tuition. Single mom with college kids. That is probably where the money went or for more football tickets.

Im sure it's all a misunderstanding and that she only resigned because you people are so mean.

Why was Barbara Kennedy unable to resolve this through Phil Strader, President, and feel the take this directly to the BOD?


Maybe because Kim threatens to sue anyone who hurts her feelings at the drop of a hat and Barbara Kennedy knew she would have to be preemptive. 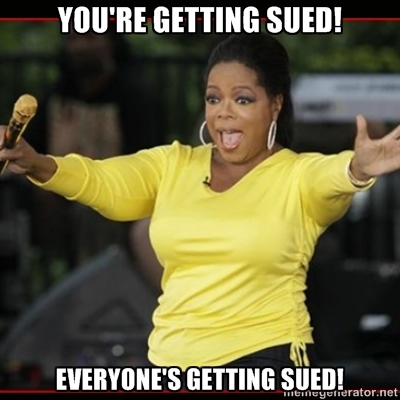 I always loved this line from Ian Fleming / Goldfinger / James Bond: “Once is happenstance. Twice is coincidence. Three times is enemy action”

ED admitted to buying $900 football tickets for a family member.
ED is willing to try to take out a 'whistleblowing' BOD member with threats of lawsuit and winding up another BOD member to remove whistleblower with full 'air cover' from Prez.

2 AD's resign over issues with ED and BOD failing to address issues.

21 year tenure 'Accounting Specialist' would prefer to resign over trusting Prez/BOD to protect her after a reasonable accounting concern and a whistleblowing action.

I think it has been established *what* ED and Prez are willing to do, the outstanding question in my mind is how far were ED and Prez willing to go, and what is the current/new BOD going to do to investigate and address it?

Potentially ED and Prez are benevolent executives (COO & CEO), falsely maligned and misunderstood. Realistically they are...TBD. IMO we haven't heard the end of this.

After all the bullshit this bitch has served up using YOUR money, anyone who thinks there are reasonable explanations for her conduct is stupid.

Bye-bye Kim Williams. Next BOD needs to be soon and must include one of these:

If this is what was behind the vote to oust the ED and there was no support from the rest of the BOD I'm sure it's all on the up and up. Who likes to do expense reports, am I right?

I'm sure there is a perfectly reasonable explanation. Give ED, Prez and the BOD a chance to explain.

When an accountant has sniffed out a criminal act, they have to resign to protect their own ass.  $144K is missing, credit cards are used to get cash, cover up in progress, football tickets, a bunch of assholes in charge.....go get your vest gayboys, IDPA is all we will have left pretty soon....BTW:  ever think about WHY THE FUCK "leadership" holds such tight controls.......$144K is a pretty good side gig.

No vest for me.  Outlaw.  I will continue to withhold my USPSA dues until something is done to get the skeletons out of the closet.  At least I know she won't be spending my $40 inappropriately.