84 replies to this topic

The following post is a lengthy one and I apologize for that. However given the gravity of the situation, there is no way to put a subject about 24 counts of Child Molestation into an abbreviated form. Thank-you Michael Blane Blog in advance for allowing me this opportunity.
Billy Abbate was charged with 24 various counts of child molestation. On Thursday afternoon February 7, 2013 he was found not guilty on 23 of those counts. The Jury did not believe the story that the victim and the Henry County Police Investigators put together. All of the victim's allegations were neutralized and proved false by testimony and hard documented evidence from representatives of Glock, Jessie's former agent, locksmiths, his own former mother in law (yes Jessie's mom) and many more. He was found guilty on the charge of allegedly providing his victim with a sex toy for his own pleasure. Even so the jury was divided on that matter and debated it for a great deal of time but finally ruled guilty.
Per the victim's own testimony, that event came about when the victim was using a "toy" in a common room when Billy entered the room he saw her and told her to go to her bedroom or someother area. She declined and he threw a towel over her. He should have just left the room.
Also brought into evidence was that the victim had several issues with drugs, alcohol and other disfunctions. There are video captures of her in an extremely debilitated state while under the influence of something.
Another thing to mention that came out in the trial, contrary to the hundreds of posters on the web who have developed their own mind set about what happened,

One pornographic picture of victim was found on an I-Phone. From testimony on the stand, the victim sent it. "How do you know this is you?" asks the ADA, "from the bed sheets, those are mine" replied the victim.
The big deal the ADA made about the victim's name being stored in Billy's phone as Michael Hunt (play with the name for a while and some of you might get the hidden meaning)? The victim suggested it. "That's what the kids in school use to hide the identity of who they are having sex with" was her response to cross examination.
Oh, and Dave Sevigny did come, did testify and vehemently and aggressivelt denied the charges that the assistant DA was trying to get him to confirm against Billy and Himself and Brooke.
As to all of the other states who are pending charges against Billy, only one and that is Virginia but not because the victim was under age, technically age of consent in VA is also 16, unless the perp is in a position of authority or power over the victim such as a teacher, coach, minister. If that is the case the age of consent is 18.
There are no other indictments against him, events did not happen in Florida, California or other states as has been alleged.
Apparently there was more on and off range hanky panky between Jessie and Duff than Billy and the victim.
Continued...

Anonymous said... Part 2 - The things heard about the victim in the courtroom, much of it out of her own mouth was astounding and shocking. It was also pathetic how she had to be coached regarding the questioning and how she could never remember specific details of times or dates even though she had a "timeline" prepared for the cops that her mom and family friend/lawyer helped her prepare. It was also interesting that the victim's father refused to allow her to speek to the Henry County Police Department or her hometown police department unless the family friend/lawyer was present.
Interview tapes showed her being coached by the family frien/lawyer during the interview process, and often times was cued, guided, redirected with her answer by the detective who handled the case.
Court documents are not sealed in this matter they are open record, the Henry Country Newspaper basically took some short notes obviously from statements made by the ADA and the defense lawer.
I hope they get off of Dave and Brooke's back as well as anyone else, this was a horrid mess started by a woman jealous of a rising contender that will probably put her to shame, a father and mother who were totally irresponsible and deliberately kept a blind eye to the problems their daughter had so that it wouldn't mess up getting the golden eggs from their golden goose.
And here too Billy was totally irresponsible to allow himself to be put into such a position. He has lost everything he worked to achieve, and he achieved so much, but ultimately it is his fault as well and now he will continue to suffer the outcome of this event.
Whether you believe this or not, there are other sites that have bloggers and people like myself that were actually in the courtroom and heard the testimony. No half ass crap from an uninformed and lazy news source.

Sentencing is next Friday, mandatory sentencing rules in Georgia could get him from 5 to 20 years in prison, a Felony Conviction, no parole for watching a girl play with herself with a"toy" that they alleged he provided her but could never prove.

Part 3 -As to those toys, on the stand, it was verified that they actually did belong to someone else who used to live and visit that household.
My pet peeve about this issue is the media and uninformed bloggers who were never in the courtroom for the duration of the trial. There were numerous saliciously graphic allegations made over a year ago in the paper and on local TV.
Now that it is over and several people's careers ruined by the allegations of a victim with issues and her parents who certainly have issues, no one is there to report on those allegations with the facts that came out in the trial.

For all those shooters out there that may hate Billy Abbate, you need to get one thing clear, he was never an employee for Glock, trained for Glock or had anything to do with them other than landing Jessie a deal with them. He did train Jessie, but the Glock training relationship with the victim was actually with Jessie and the victim's parents.
The victim and her father reached out to Jessie, not Billy, on facebook, later met and set up training.
Sorry for taking up so much space and making this a short novel, but with all the misinformation, lies, "poor Jessie" "poor victim" "poor family", the truth needs to be told in one clear concise block of information.
For the nonbelievers, the court documents are available for public viewing, this was not a sealed case, the evidence entered is all there. I was there personally, I saw and heard every aspect of this unfortunate crap, but what I never saw was anyone from any media except Beth Cowsgill who was there as a witness as well.

As Boortz always said..."Don't believe me, go look for yourself. It's there if you choose to find it.

I mistakenly identified the local Henry County Newspaper in my post and I apologize. It is called the Henry Daily Herald.

Pics for the masses

Hey noob question. I have a shit load of Jessie duff ass pics to upload but I can only upload like 206 bytes? What the hell. How do I get more file space?

Hey noob question. I have a shit load of Jessie duff ass pics to upload but I can only upload like 206 bytes? What the hell. How do I get more file space?

why bang a kid when you can bang Jessie?


Dude the team Glock story is pure doodie gold. It is a tale of love, lust, betrayal, and champions. It's fit for the big screen!! Not to mention it would probably have some pretty raunchy scenes in it. Why would you not always talk about it!! Siskel and Ebert give it two thumbs up.

Cocksucker69 - Please wake the fuck up and stop wasting our time. 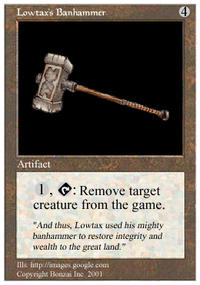 Dear Doodie gods, sorry for Necroposting. Here is a Jessie ass pic for my apology and then I will go back to the future.

My ADD is kicking in. What's the functional purpose of pockets on skin-tight stretch cargo pants?

Nevermind. It's all so much clearer now.

I love rehashing stuff that was completely hashed in the first place by expert hashers in times when hashing was still considered an art. 
Don't forget to add that to the glorious butts page too. Thumbs up