IPSC Scientists at MIT, CERN and Area 51 rule on what is a compensator

26 replies to this topic

According to IPSC, this is now a compensator:

This is a pistol with a compensator, so illegal in Standard Division (~Limited):

This is OK for Standard: 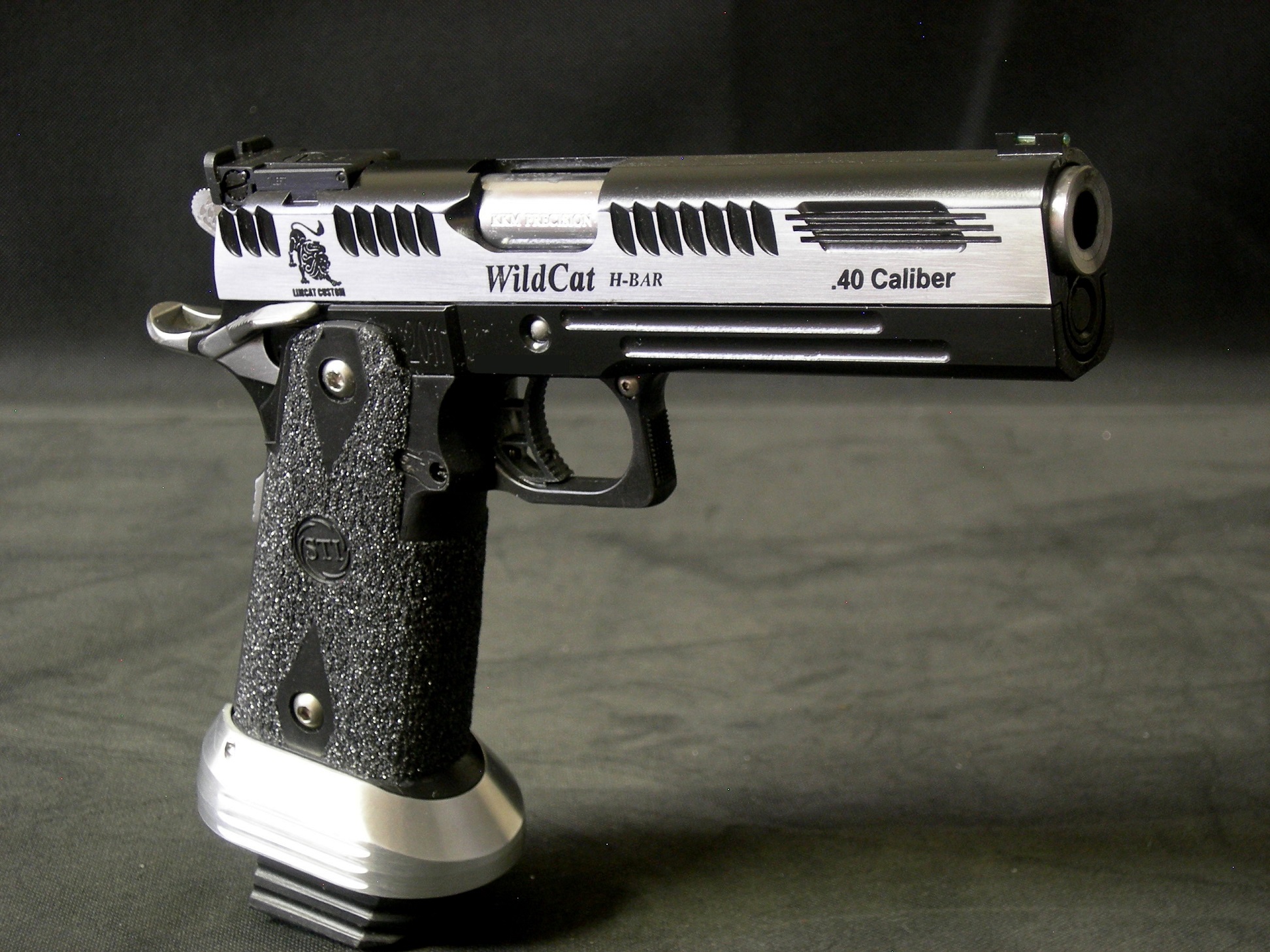 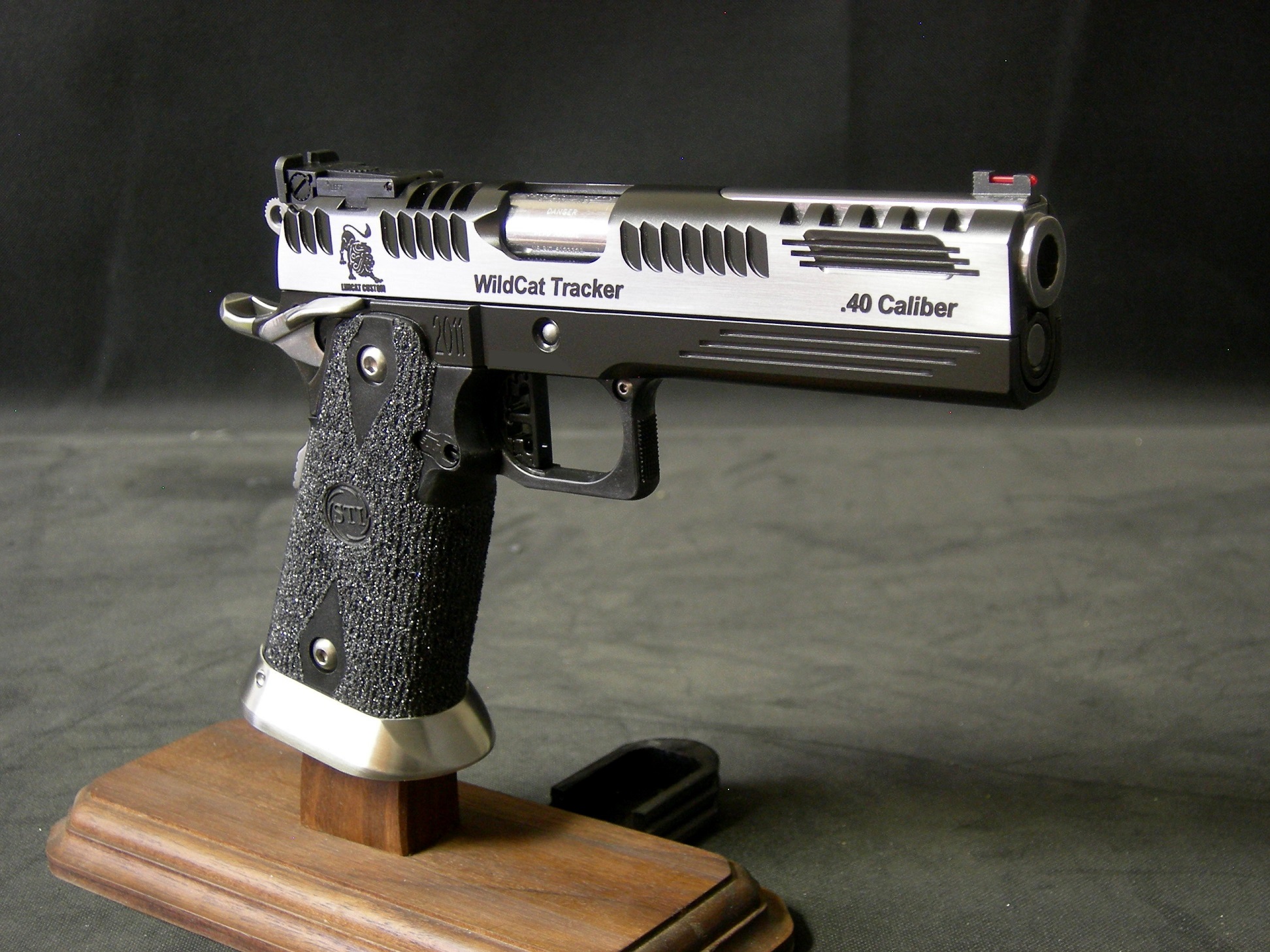 Or maybe it is, but this definitely has a compensator, we are sure about the atomic numbers on this one: 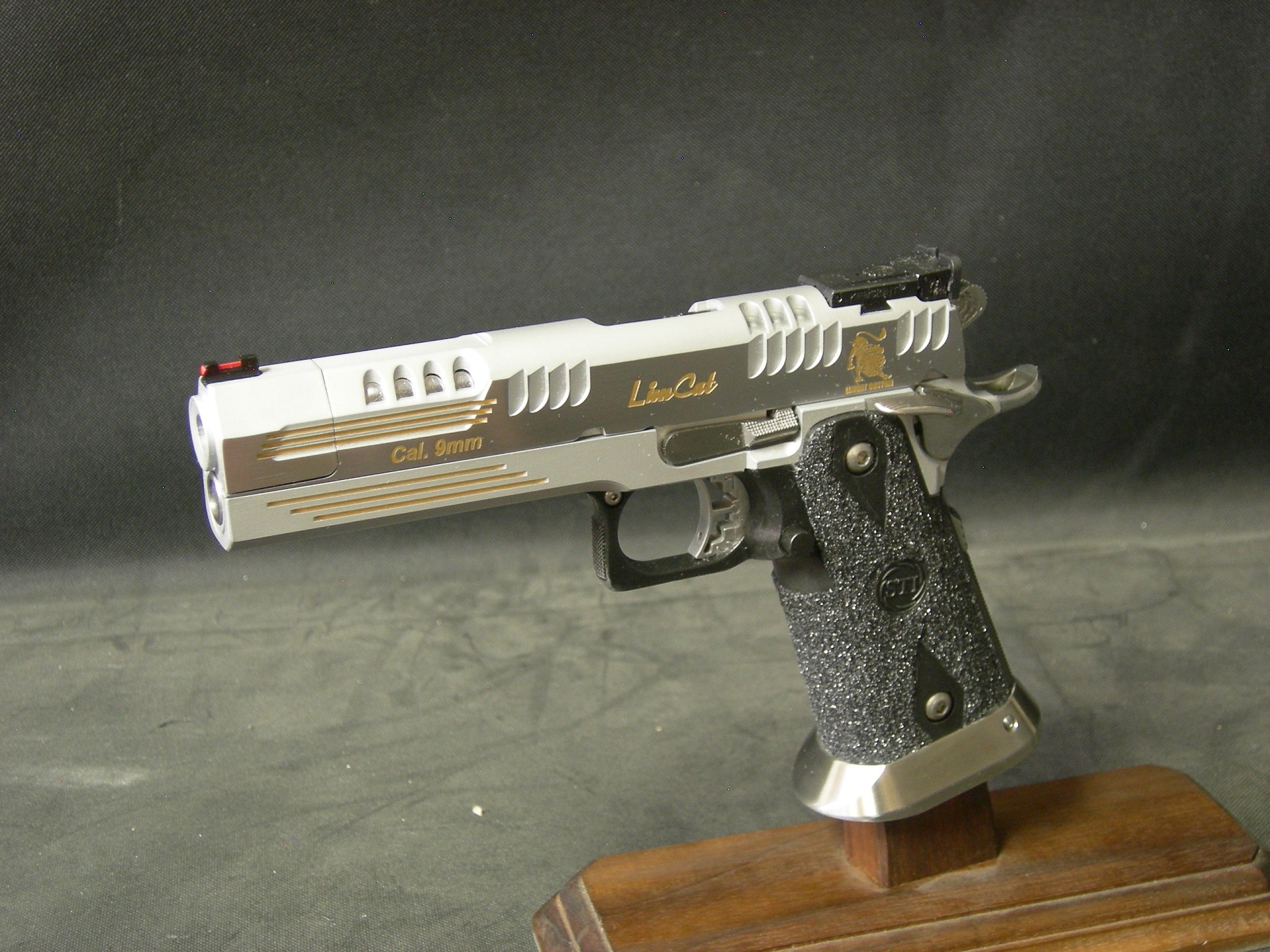 Bottom line, if it has an unported Shuemann Hybrid rib barrel, SVI Sight Tracker rib barrel, STI Apeiro island barrel, it doesn't have a compensator because the naughty bit is not “attached” to the muzzle, but machined at the same time from the same piece as the barrel. But if you attach any weight to the end of a threaded barrel, even a sight base such as in a CZ 75 TS Czechmate Standard config, HPS Limited XS, Limcat Wildcat Perfect Sight, or any similar custom configuration, you are ***ked.

Some key quotes from the Village of Idiots.

I think most of you will be delighted to know that I found enough duct tape to prevent the sky from falling over this issue. After considerable deliberation, the greatest minds in IPSC (and me!), would like you to know:

1. Tungsten sleeves will not be treated as compensators, provided the sleeve extends to cover at least half of the barrel. However, if it is just a lump at the muzzle end of the barrel, you will be warmly welcomed to Open Division, with a Coke and a smile;

2. On a related note, if you have a weight attached to the muzzle end of your barrel, that will also be treated as a compensator even if it doesn't contain holes. This also applies to guns where the barrel and/or slide has been shortened and heavier metals have been attached to the business end in order to restore the length.

I hope this clarifies because I'm really running low on my medication ......

13. Compensators, ports, sound and/or flash suppressors – No, see below
16. Only porting of barrels is prohibited. Slides may be ported.

and
12.5 Glossary definition of a compensator:

Compensator…………....... A device fitted to the muzzle end of a barrel to counter muzzle rise (usually by diverting
away escaping gasses).

(The USPSA glossary definition is identical and Appendix D2 is identical in that it states in table row 15 “Compensators permitted – No”.)

Could you please clarify what is meant by "heavier metals"? Thanks.

In that case, it's weight moved / added to the muzzle end of the barrel, and therefore it's a compensator ....

I suppose thread protectors as they are made from steel are considered compensators then.

If people would take 5 minutes, just 5 bloody minutes, to actually read my posts in this thread before circling the wagons and beating me up, they would see that all I have done is ask a series of questions about a handgun which is unfamiliar to me. They will also note my questions focused on whether or not the rib above the barrel was "fitted".

However, at no point in this thread did I declare the "Sight Tracker" to be illegal for Standard Division, yet the Sky Is Falling. Again.

Anyway, based on the information provided herein and from external sources, it's now clear that the subject rib is not "fitted", but is instead of a unitary construction, therefore the Glossary definition of compensator does not apply.

Bottom line: the "Sight Tracker" is legal for Standard Division.

Their definition of compensator is dumb.

It gets better.  Atomic Number is not a very reliable predictor of metal "weight" (i.e. density).

The most dense elements tend to be transition metals (when electrons are filling the d-shell), while s and p shell filling  metals (and semi-metals) will be less dense.

However the most dense element to date is either Iridium or Osmium (generally agreed to be Osmium) which is atomic number 76.  For example Curium at Z=96 is only half the density of Ossmium.

Also "steel" tends to be heavier than Fe (but not always) so I think they just outlawed all non-polymer pistols as Steel is Fe, C, and trace amounts of other elements including Co, Ni, Cu and other goodies to fine-tune it's properties (Depending on the variety).  For those keeping track at home all of those metals (Carbon is not a metal), as pointed out earlier have Z(atomic number) > 26.

Any scientist's students would be able to relay this, so I'm, guessing they didn't not consult anyone at a national lab, although, I can certainly refer some (including myself with a PhD in Solid State Physics).

What in the fuck did I just read?

When IPSC was started, international was meant to be like the Yankees being world series champs or the Celtics being the best basketball team in the world.

By world, they meant the USA, aka the best country in the world.

Then people decided to be bitches and concede shit and it turned into a shit storm and the USA had to bail on that lame shit and be USPSA.

USPSA has a bunch of dumb shit going on and it is still better than IPSC.

That guy is a fucking dumb ass and I am glad I don't play in their sandbox.

That was messed up. I signed up on GV to read both threads on this ruling "Glossary 12.5 Compensator - A device fitted to the muzzle end of a barrel to counter muzzle rise (usually by diverting away escaping gasses)" what this was about since OP's post made it seem really screwed up.

Good thing is, from what I gather, everybody seems to be wanting to change the wording of the rule to define a compensator as something which actively reduces recoil by using gas(holes/ports) or remove the word "usually" from the above quoted definition.

Wow. There's a lot of rules and rulings in IPSC.

So let me summarize...

A known douche is being a douche.

There are rules and people will push the limits of those rules.

And, nerds are still geeks.

Who the fuck cares?

I guess I just need to make it fit the box... Ti for me. With just the bull, and the solid Ti block the weight was similar to a tungsten sleeved barrel, over 9 oz and still a tracker. It now runs a bushing.

If I could build it over I would do the bushing again, but leave the dust cover and front sight block, and try to make it nestle down to the frame like the Limcats. That, and make it fit the box.

Either way, it seems pretty silly. No thread protector for you, but tungsten sleeves are G2G?

Jesus, not another acronym.

Ok, what is this one?

Not new, short for Global Village.

Where have I heard that before?

Also tagged with one or more of these keywords: darth dickhead, science, fail, rules, interpretations, nuts