IDPA going to 1 second per point down

Last week at the World Championship awards banquet, I announced that the IDPA Board of Directors has elected to increase the Point Down penalty from a half second to 1 second. The BoD is comprised of two MA shooters (both Founders of the sport) and one EX with a combined total of more than 57 years of IDPA experience. This decision was made to keep the sport aligned with the founder's intent of valuing accuracy over speed. As concealed carry holders, which many of our members are, we are responsible for every round that leaves our gun, and IDPA needs to reflect that in our practices. I met with some of the Area Coordinators recently to share this information and the feedback received from them was very positive. There is no hard timetable for this change. Classification scores and other areas will need to reflect the change, and we are already working with some of our scoring vendors on this change. More information will be available as the work progresses and we will make updates on this via the Tactical Journal and Tactical Brief.

It's about time. The speed at which an average IDPA shooter was running stages was just getting out of control.

So, bullseye with fishing vests and "cover". Got it. 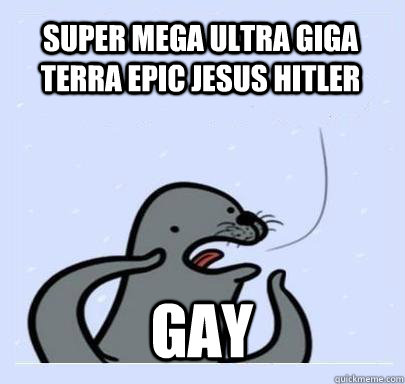 That's the question. I'm inclined to think that just hitting zeroes the first time and not having a bunch of make up shots will stop you from having to reload in weird (unplanned) places.

You know who's going to give a shit? People who give a shit about IDPA. Bitch about it and out yourselves you closet homos.

I get to use this again

I think it's funny that they are trying to slow the faster shooters down again. It worked backward on the flat footed reload and it will do the same here. The only way the crappy shooters will beet the good shooters is if they award placements by random drawing. That's probably next.

This rule is for old guys who shoot 1911's, so they can win again because getting old aint for pussies.

Bald men have no hair.

This rule is for old guys who shoot 1911's, so they can win again because getting old aint for pussies.

It reads like it's for every Division not just CDP so you're wrong. I predict the result will be the gap between the top 15 percent and the rest of the field will be quite a bit larger.

Stamp of approval. Still don't give a shit about IDPA.

I bet this would have changed the results of the World Championship big time!!!!

Listening to all the champions here, I am reminded of the wild assed bitchin thread about the broken classifiers where you can go too fast and game the system.

This kind of hypocrisy is reminding me of SHOT show.

Whole lot of incentive to make up any non zero hits.  So does one not go to IDPA matches and instead go to USPSA?

This breaks the IDPA Classifier system - unless using -1 = 0.5s scoring.

I'm shoooting a lot less IDPA, and most of what I shoot is a weeknight match I help out with. It's not a bad change except that new shooters will get crushed even more badly than they do currently. It might get the top IDPA/USPSA/3-Gun shooters that show up for an extra practice session to weight accuracy a bit more - not that they can't already be accurate on demand.

At the first match with the new scoring I'm going to try to fill it with these. It reads like it's for every Division not just CDP so you're wrong. I predict the result will be the gap between the top 15 percent and the rest of the field will be quite a bit larger.

Bald men have no hair.

What is so funny about this - IDPA is still searching for that formula to allow the crappy shooters to compete with the better shooters.  I still remember when IDPA began, it was literally the Anti-IPSC League.  If an IPSC/UPSA rule said you 'shall,' there was an IDPA rule to say you 'shall not.'  And when you look at who rallied around this new organization, the folks in the bottom half of the results.

I would not be surprised if they eventually implement a rule that says if you have achieved a certain level of success in USPSA, you can compete in IDPA matches but your scores will not be counted in the overall results as doing so would be taking away 'wins' from the folks we want to have success.