That's What She Said

I know it can’t be used in arbitration but the video definitely proves that production is dumb.

Who were the ROs on Stage 6 ? They should be banned from working  anything above a level 1 forever.

Just going on attitude alone I would guess the CRO was the former member, now banned "JAY"

I don't believe you can review the timer for the number of shots, as you only need to pick up the last one for the time.  It doesn't matter here anyway because the dumbdicks knew he ran dry before he ever engaged that last popper, because reasons, and that's all they needed to give him the procedural.

RO fucked and popper fucked; which is worse.
Maybe it really is time to scrap all those pesky poppers and just have plates.

And the A$$hat that brought it up didn’t have the timer or the tablet. Was he just another shooter?
The RO at first said he was ok.

What a fucking relief... We were in need of a new controversy big time.

Bonus points that it involves a Popper

Extra Bonus points it is a popper AND an RO

NITRO
Nitromethane, nitrous oxide, nitrocellulose ....3 of my favorite things
To be sure of hitting the target , shoot 1st and call what ever u hit the target.

What a fucking relief... We were in need of a new controversy big time.
Bonus points that it involves a Popper
Extra Bonus points it is a popper AND an RO

It's drama and head shaking.

It's only controversy if someone is fucking stupid enough to agree with the RO's call.

It's drama and head shaking.

It's only controversy if someone is fucking stupid enough to agree with the RO's call.


I’m honored to be called to weigh in on this. Unfortunately... I already did.... because I am the RO in question. And my ruling stands.

I’m honored to be called to weigh in on this. Unfortunately... I already did.... because I am the RO in question. And my ruling stands.

Who else could it be. A moronic RO who defies logic and spouts nonsense. look in your hearts you know that it has to be me.

Total bullshit call by the way. 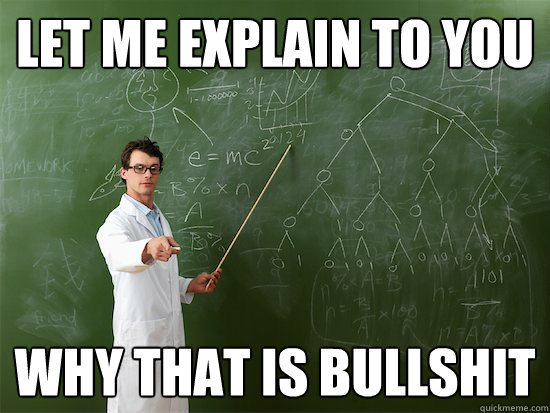 God damn it, even if you are the RO standing over the shoulder and looking down his sights, watching tracers and impacts in the berm, you can't call FTE when he fires more shots at the array than there are steel in the array.

What if he squeezed all his thrusts at only one pooper?

He can't make the call becasuse he's an idiot. Y'know, Paul Hendrix was an ass in our sport and complaints about him pretty much went nowhere. He was a bully, a prick, a cheat; ultimately found out thanks to video review. Was PVH's behavior condoned? Sure...well, not the cheating part. But for being a dick and a hothead.

This RO here appears cut from a similiar mold. Interjecting himself into the sport, why? What's he get out of tagging on a FTE to guy that's maybe B class? IDK. Just like IDK what jolly PVH got out of +1 here, or +2 there. Maybe it's he just liked the power and control.

And it's condoned by USPSA. Yes CONDONED. Because to condone some you either accept it or allow it. This RO, and everyone like him, and extreme cases like PVH who were outed becasue of video hide behind "no video for arbitration." So they do what they want, we saw it here.

I like to rewatch election night 2016 coverage and I want to marry a conservative black girl who likes to shoot.

Of course this is not the first or last time this has and will happen. Hell I had exactly the same thing happen to me at an Area match. The vast majority of ROs are doing a good job and are in it to help out. There are a few on a power trip that the NROI doesn't exactly endorse but makes possible because of their culture of sticking together and never criticizing each other (at least at the senior levels), kinda the thin yellow line.

This poor guy already had one FTE on a previous target so his score was fucked anyway. You have to be a pretty depraved RO to pile on extra unearned penalties. That guy needs his credentials pulled, won't happen but maybe if this video gets enough attention shooters will make sure to record him at any major event.

I can't be 100% sure, but I'm 95% that the old douche with the hat on is the same guy that DQd a friend of mine a few years back at IPSC nationals.  He called a 180 violation that wasn't, and everyone present told the RM that when he arrived.  The asshole RO dug in his heels and demonstrated a similar attitude, including the condescension and the language.

I can't find his name right now, but I think he's a CRO from out west.  He seems to be one of those "professionals" that travels to work majors, as I have seen him at several on the east coast.  Post his name if you know it.  I'm willing to bet that there are plenty of similar incidents involving this guy; if so, let's try to make sure he doesn't supervise a stage or a match again.

Also, could the other ROs have been any weaker or less decisive?  The dude with the timer seemed like he didn't have any knowledge of what actually occurred.  It's a good thing that the "expert" was there to suggest the needed answers.  Glad to know that we have staff this capable running nationals.

No one likes me, and I don't care.